Starting on November 7 for three consecutive days online, six international experts were invited to give lectures, and papers from twenty countries in total were received. 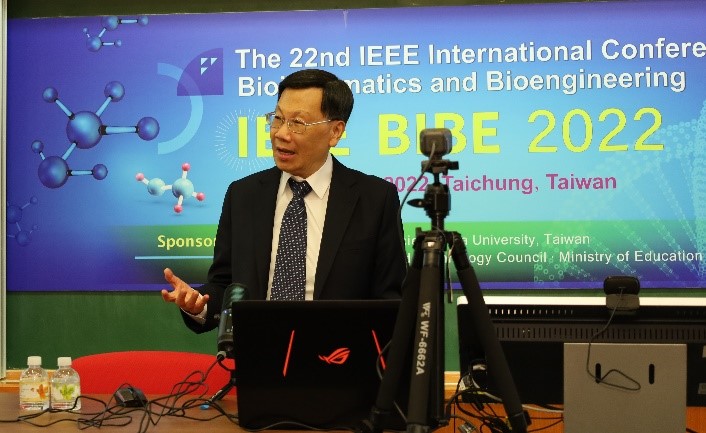 Asia University hosted “The 22nd IEEE International Conference on Bioinformatics and Bioengineering (IEEE BIBE)”, starting on November 7 for three consecutive days online. The conference invited six international and domestic domain experts to serve as keynote speakers, including Director Antonios G. Mikos of the Center for Engineering Complex Tissues under National Institutes of Health and the Center for Excellence in Tissue Engineering at Rice University. The conference received papers from twenty countries. After strict review by experts, it was a world-class bioengineering conference.

Jeffrey J. P. Tsai, President of Asia University stated that IEEE had held the BIBE conferences for twenty years, the purpose of which was to establish coordination between bioinformatics and bioengineering, promote practical application of life science and engineering, and introduce medical signal detection, drug development, and 3D printing into medical care technology; develop innovative implants, biosensors, and biomedical equipment to help understand human diseases and clinical results. Asia University is the first university in Taiwan to establish a department in biological information field to cultivate talents. In recent years, it has also combined with the field of medical engineering to establish the department of bioinformatics and medical engineering. Over the past twenty years, it has cultivated numerous talents in special fields from bachelors, masters to doctors. In the future, it will continue to play an important role in cultivating professional talents in bioinformatics and medical engineering in Taiwan, as well as serving as an international expert communication bridge between bioinformatics and bioengineering for cross-domain knowledge integration. 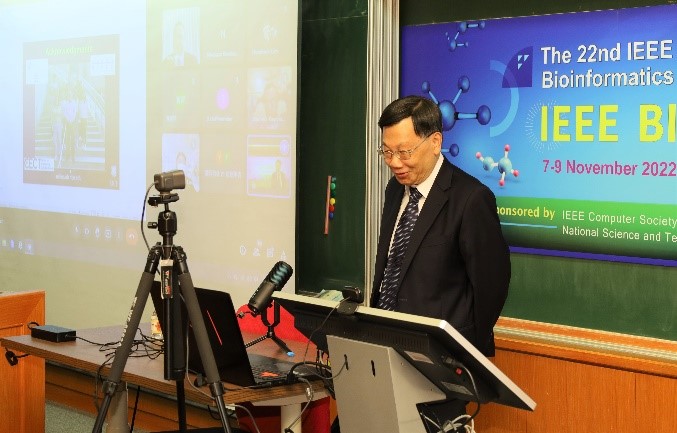 Jeffrey J. P. Tsai, President of Asia University, was having an online conversation with international scholars at the IEEE BIBE 2022 conference.

The speakers for the conference included:

②Stanford University Professor Gill Bejerano, who has devoted himself early to human genomes and disease analysis under the background of a Ph.D. in computer science and coached many successful innovations in addition to his numerous awards.

③Harvard Medical University Professor Alireza Haghighi, who is also the Director of the International Center for Genetic Disease at Brigham and Women’s Hospital, Harvard Medical School, and committed to clinical and scientific research on genetic diseases.

④China Medical University President Mien-Chie Hung. President Hung served as Vice President, Professor, and Head of the Department of Molecular and Cellular Oncology at University of Texas MD Anderson Cancer Center, and is famous for his expertise on cancer.

⑥Harvard Medical University Professor Soumya Raychaudhuri, who also serves as the Director of Center for Dataology and DataScience (BWH, HMS), is appointed as a member of Broad Institute. In recent years, his research mainly focuses on functional genomics research on tuberculosis, Type I diabetes, and rheumatoid arthritis.

Professor Barzilay from Massachusetts Institute of Technology introduced that the application of the machine learning model into medical care and life science had a serious mismatch of cross-domain science combination, including unknown deviations in collected data and the inability of domain experts to verify model prediction, and put forward preliminary solutions to problems. Professor Bejerano from Stanford University explained that as many as 8% of the population in the world are suffering from rare diseases mostly caused by single gene mutation, they have developed tools to diagnose single-gene diseases and patients by means of machine learning, natural language processing, and genomics techniques. Professor Haghighi from Harvard Medical School indicated that the genomics analysis platform is used to analyze exons and genomics data of patients and families from the original test to the final report. Meanwhile, the clinical variation classification and clinical reporting module can be integrated into other analysis platforms for simpler and more effective analysis. 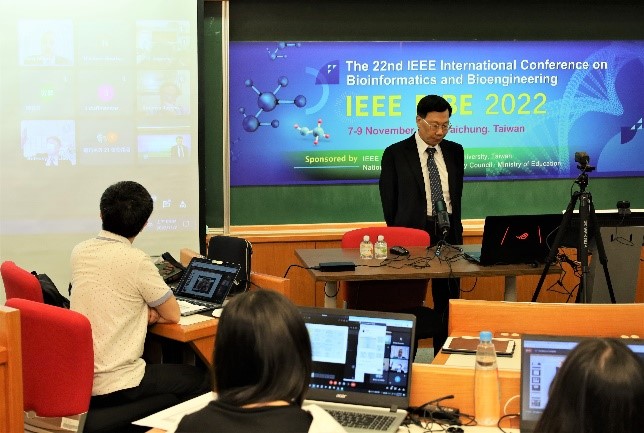 The picture shows that Asia University President Jeffrey J. P. Tsai (the person standing) is listening to the Q & A from international scholars at the IEEE BIBE2022 conference with participating teachers and students from Asia University.

President Mien-Chie Hung pointed out that immune therapy is not only one of the most advanced treatment methods for cancer but also the hope for cancer patients to recover in the future. Anti-PD-1/PD-L1 therapy is a prospective treatment method for cancer, but patients are prone to drug resistance which affects the therapeutic effect. Their research team has discovered many important molecular mechanisms caused by drug resistance over the years, and developed relative therapeutic drugs with successful results, making cancer treatments take a big stride forward. As CD4 + T cells play an important role in the adaptive immune response of cell vectors, Professor Raychaudhuri from Harvard Medical School used a genomics strategy to understand the biology of CD4 + T cells from the perspective of genetics.

At the conference, in addition to speeches from international masters, experts from various countries shared their research results and exchanged ideas online.